Advancements in technology, particularly in the music recording aspect, enabled artists to produce their own records. Digital technology has practically liberated many musicians from the need to enter into stifling contracts with established record label companies, by having their own recording business and using their proprietary labels.

The CEO of the Association of Independent Music (AIM), Paul Pacifico, commented that technology has reduced many of the barriers in the music industry, resulting to lowerings of production equipment costs and costs of support services, as well as improved the efficiency of supply chain resources. Mr. Pacifico says

Today, artists are pretty much music entrepreneurs in their own right, building and running owner-operated companies.

Not a few artists though, who nurture hopes of becoming independent music entrepreneurs, have the capital funding to use in seeding their own music business. Yet a company called Amuse has recognized this need, as well as the changes that have been taking place in the music industry.

According to the latest report by MIDiA Research, a company fielded by Amuse to evaluate how independent music producers are faring, there are now more musicians who succeed in penetrating the music business without the help of established labels. The report further stated that on a global scale, independent music artists are in fact, the fastest-growing sector of the music recording business. The MIDiA study found out that independent musician entrepreneurs were able to generate over $643 million in 2018, which represents a 35% increase from the figures noted in 2017. .

Founded by a group of experts in music and technology as Amuseio AB in Stockholm, Sweden, this record label company, provides music entrepreneurs a free platform with which to distribute their work. At the same time, Amuse permits artists who use their free service, to retain 100% of whatever royalties they make at their own rate.

Amuse CEO Diego Farias, co-founded the company in 2015 with Christian Wilsson – Director of Product and Technology Jimmy Brodd – Director of Technology, Andreas Ahlenius – Chief Product Officer and Guy Parry – Head of Products. In 2017, Black-Eyed Peas member and 7-time Grammy Award winner, will i.am, joined the Amuse board as a co-founding member; rendering his expertise as creative innovator and entrepreneur.

The reason why Amuse is providing a free platform, is that the approach enables the company to discover new talents whom they believe will help them generate better record label. Using data collected by its free distribution platform, the company is able to identify artists to whom they can offer a licensing deal that covers branding, public relations, marketing strategic planning and financing. In any project undertaken under a short-term licensing deal, Amuse shoulders all upfront costs then later splits the profit 50-50 with the artist.

CEO Farias remarked that younger musicians are less knowledgeable when it comes to the concept of management, as most of them are into music production out of passion for music; and not so much on the commercial success. That is why they see short-term contracts as a better way of empowering new artists in having control of their work.

Still, the MIDiA report found that 59% of independent music artists they surveyed, indicated experiencing frequent worries over their financial position. Forty-eight percent of label artists made the same admission.

Perhaps, one thing the new breed of independent artists is overlooking is the need to have a business plan, which is essential for any kind of entrepreneurial venture. Since most of their time and effort are devoted to their passion for music, it would be wise for independent music entrepreneurs to hire a professional business plan writer

There are three general types of remote bitcoin cloud mining – hosted mining, virtual hosted mining and leased hashing power. Regardless of the type of cloud mining one does, it is evident that crypto mining has risen in popularity since one could profit from it. Moreover, cryptocurrency such as bitcoins is gradually becoming a legal tender for many industries because of the pluses of the blockchain technology.

Music platforms that are decentralized grant more power and control to a person. A music environment that is without intermediaries allows music artists to instantly get remunerated for their music streams and sales of their merchandise. Moreover, artists are able to share a financially favorable relationship with their supporters and fans, directly link up with other members and contributors in the music industry, as well as simplify the management of digital-rights.

Majority of decentralized or blockchain music platforms possess a common feature called micropayments wherein it allows for immediate payment to creators. Each music platform may utilize a particular cryptocurrency or crypto token that is paid and distributed amongst rights holders after their music is streamed or when they have sold a product or merchandise. This procedure is carried out by smart contracts.

How do music artists benefit from it?

How do listeners benefit from it?

Keeping a track of leads, prospects and earnings is normally an extremely daunting process of sales professionals, especially in the music industry. To help the sales professionals, sales monitoring softwares have already been introduced. This program program are a few applications which lets you track your earnings.

What’s a sales tracking software application? As the name implies, it is applications to exhibit a procedure or outcomes. On this instance, what is being tracked is revenue. It’s then a program which tracks down info and whatever else that has to do with earnings or sales. 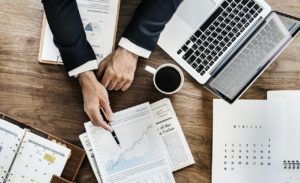 These sales tracking softwares can do the following:

The huge assortment of applications program makes it hard for somebody to pick. To make your problem simple, we now have cited a few prevalent software here:

These Sales Software program won’t be only tremendously common however will also be low priced great premium quality solutions. Being among the highly recommended applications, they are readily available on the marketplace.

Opt for the software based on your need. It is possible to look for customer ratings on internet and official sites of their revenue tracking software application businesses.